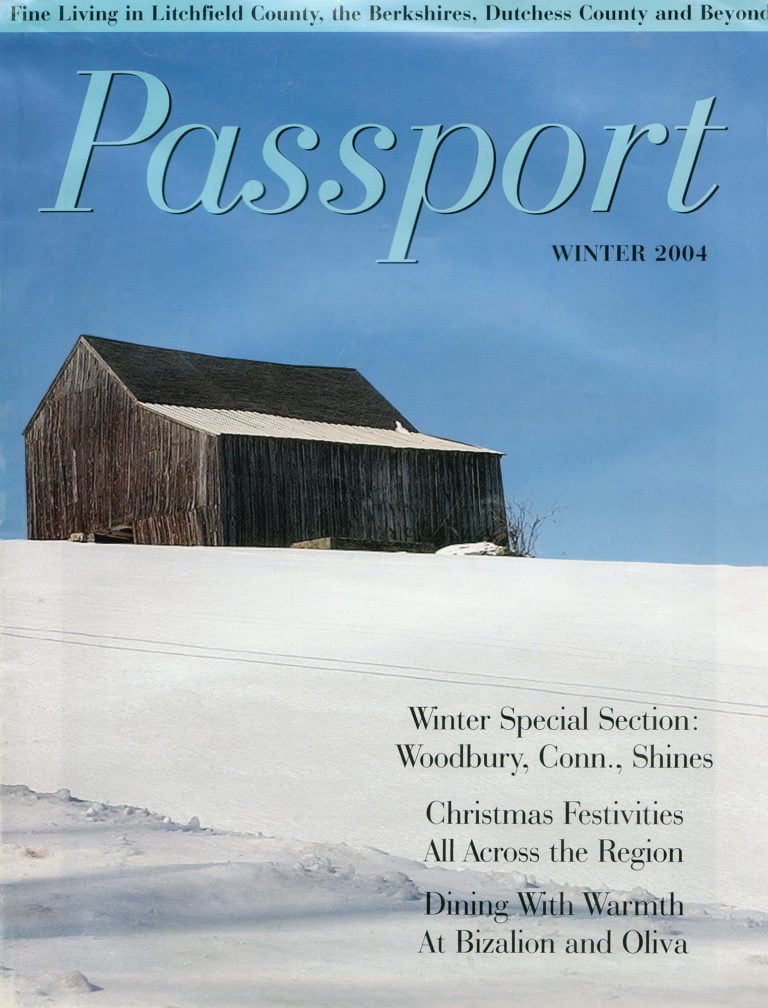 Foam mock-ups of houses, large printed plans and sections of floorboards and moldings inhabit architect Jimmy Crisp’s headquarters in Millbrook, N.Y. Some of the house models congregated on a central table, and about 10 computers lined the walls, a few of them manned by architects who work with Mr. Crisp. The room was aflutter with a quiet bustle – the combined whir of computer fans, an air circulating unit labeled “IQ Air” and the shuffling of papers.

The office is the nerve center of Mr. Crisp’s far-reaching residential design firm, established 18 years ago. Mr. Crisp and his associates – he calls them collaborators – work in New York, Massachusetts and Connecticut, designing and overseeing the construction of new homes, accessory structures and renovations.

Plenty of architectural firms tread the same ground. What distinguishes the work of Mr. Crisp are those elements that are the hallmarks of structures possessing the type of magnetism to which sensitive human beings respond: a fidelity for the best of the past, an understanding of contemporary living, an appreciation of the finer things in life and an absolute symbiosis between structure and the site.

Crisp Architects began humbly. The bud that bloomed into the burgeoning high-end residential firm, one well-regarded enough to be written about in nationally-distributed shelter magazines was a small project Mr. Crisp undertook with a friend in the mid-1980s. Then working in New York City, he and his friend wanted a weekend place to share in the country, so they bought an abandoned schoolhouse near Millbrook. They reworked the place but retained its historic feel. The New York press noticed it, and suddenly Mr. Crisp had a big client list outside of the city. He eventually decided to decamp.

“I said, ‘What am I doing living in New York City and commuting to the country when I could live there?” Mr. Crisp remembered.

Moving out of the city represented a voyage for the architect, literally and symbolically. In leaving, he was beginning to work on his own – he had worked for other architects in the city – and he was retreating, in a sense, from the cutting-edge design he had learned in the city and earlier a Louisiana State University.

It was a move that was years in the making, dating at least to his interest in the work of A. Hays Town, an old-time Louisiana architect Mr. Crisp befriended in college. Mr. Town’s design was popular and very much evolved from traditional Southern architecture. It was also at odds with the contemporary approach espoused by Mr. Crisp’s professors.

“He did over 1,000 houses, and he didn’t start until he was 60,” Mr. Crisp said of Mr. Town. “I met him in his mid-70s, and I did physical labor on some of his houses. He was using old materials. Once I saw him rubbing a wood panel with steel wool, getting it to just the color he wanted, and I thought [that] if this guy could do it, I could do it. [Mr. Town] did a lot of work and people loved his work with a passion. There wasn’t the same passion in academia. I respect modern architects, but I wouldn’t want to live in their houses.”

As Mr. Town was to the Southern tradition, Mr. Crisp would like to be to the New England tradition. In many of his projects, which range from pool houses to full estates, Mr. Crisp uses old materials – brick and beams, for example – which impart an ineffable sense of antiquity.

In addition, the architect works in a somewhat traditional manner, beginning with pencil sketches that metamorphose gradually into detailed architectural plans drawn up with computer-aided design software, a technology Mr. Crisp hasn’t yet learned to use, though his associates are well-versed.

Very often we make floors from old re-sawed beams,” Mr. Crisp said. “That gives a house a warm feeling because it’s a 200 year old material. Some clients want old looking, others want a more contemporary feeling but with details that give you the feeling that someone thought about the details.”

The attitude Mr. Crisp said he takes toward clients is generally of accommodation. “We don’t do stuff that says, ‘An architect did this. Look at me,'” he said. What is appropriate or desirable to his clients takes precedence over what is bound to attract attention. This attitude is evident in houses, additions, kitchen makeovers, barn conversions, artist’s studios and other buildings he has designed, none of which appear to be daring architectural experiments, but all of which seem eminently livable.

This is the web site of Crisp Architects.

For each visitor to our Web page, our Web server automatically recognizes only the visitor’s domain name, but not the e-mail address.

The information we collect is used to improve the content of our Web page, to notify you about updates to our Web site and to contact you for internal marketing purposes.

If you do not want to receive e-mail from us in the future, please let us know by sending us e-mail at the above address.

With respect to Ad Servers: We do not partner with or have special relationships with any ad server companies.

From time to time, we may use your information for new, unanticipated uses not previously disclosed in our privacy notice. If our information practices change at some time in the future we will post the policy changes to our Web site to notify you of these changes and provide you with the ability to opt out of these new uses. If you are concerned about how your information is used, you should check back at our Web site periodically. You may prevent this information from being used for purposes other than those for which it was originally collected by e-mailing us at the above address.

Upon request we provide you with access to a description of the information that we maintain about you. Please e-mail us at the above address to access this information.

If you feel that this site is not following its stated information policy, you may contact us at the above addresses or phone number.

What Our Clients Say

I have been working with Jimmy Crisp and his firm for over 10 years. He has transformed our 240 year old home and property and we continue to work with him on multiple projects. His sense of style, creativity and attention to detail is unparalleled. We renovated and expanded our main house, built a large barn and guest house, a wine cellar, pool area and our current projects include a pergola, stone house addition with a game room, pool house and gym. I trust Jimmy implicitly and depend on him as I live in a different state than my weekend home. He is a wonderful collaborator, always respectful and truly takes the time to get to know you, your lifestyle and your taste. Our home has been featured in "O Oprah" magazine and is also home to many events. I hope we can keep working with them for the next 20 years!

We had a wonderful experience with Crisp Architects. We wanted a pool house the reflection our love of Italy and food and we totally achieved this. I would highly recommend Crisp Architects. They were wonderful to deal with and we love our pool house. Would love to use them again for a future project.

Jimmy designed our home, from the ground up, and he and Lin Chamberlain built it. We could not be happier. It was a wonderful and easy experience working with them, and the result is a great, comfortable, and charming home. Jimmy and his staff were at all times helpful and responsive, and Lin and his crew were the same. The house was built on time, in spite of difficult conditions (unseasonable ice, and cold) and it is solid, warm in the winter, cool in the summer, and easy to live in. Jimmy was and is flexible and responsive in his approach to our needs, while maintaining a wonderful design aesthetic that is garnered many complements. I highly recommend Jimmy for any project.

I found Crisp Architects' website many years ago, forging our dream of hiring Jimmy Crisp to design our hypothetical addition to our small house built in 1785. Ten years later, with a comparatively small budget than their norm, located across the river, in Orange County, New York, I wrote an email to ask if we were worthy. Almost immediately, I was treated to a personal phone call from Jimmy Crisp, and began to feel the kind, white glove treatment they naturally provide. From that first conversation, to where we are today at mid-construction of an incredible addition and renovation that Crisp Architects designed, I cannot say enough about the entire team and level of expertise. They are not only the sweetest people, but they are true experts in their trade, and particularly with historic architecture.
Communication with Crisp Architects is immediate, reaction to your ideas is open minded and responded to with honest, valuable feedback, usually adding a new way of thinking to consider. My husband appreciates how Crisp successfully blended our old house architecture with the addition so beautifully, and how the team remains engaged with you and the project until its completion. We could not be more thrilled and we only hope to be able to hire them again for additional building on the property!
Never once did I feel like we had the small project across the river, and they have kept us in our modest budget. We love Crisp Architects!

Crisp Architects are a wonderful team headed by James Crisp. They listen well and then go off and create a beautiful plan. Remodeling can be very stressful but with Crisp Architects as your partner you can be sure all the details are taken care of. We could not be more pleased with results.

Jimmy Crisp and his team did an outstanding job designing our screened in porch, expanding family room, and new kitchen. Jimmy's plan provided us with an improved indoor and outdoor living space that better accommodates the way in which we live, and in addition, allows us to maximize the use of our home. Jimmy and his team could not have been nicer and more professional as we progressed from the early stages of this project through the construction phase. I will not hesitate to use Crisp Architects in the future.

We hired Crisp Architects to design and oversee the renovation of our 100 year old barn and carriage house home. Their design was respectful of the historic nature of the house while bringing it up to date with all the necessary modern conveniences. I have nothing but positive things to say about our experience with Crisp Architects from the level of service of every employee to the beautiful end product. In fact, since our renovation, we have been asked several times to include our home in the Historic Homes Tour in our area.

We’ve just sent you an email. Click on the link in there to confirm your subscription.